Exploring more than 500 years of the African-American experience, African-American History Online offers many exciting features, including more than 85 historical videos that bring history to life. The extensively hyperlinked entries in this comprehensive database include subject entries, primary sources, images and videos, general and topic-specific timelines, biographies, maps and charts, and more.

The CRDL links to primary sources and other educational materials from libraries, archives, museums, public broadcasters, and others on a national scale. The CRDL features a collection of more than 30 hours of unedited news film from the WSB (Atlanta) and WALB (Albany, Ga.) television archives held by the Walter J. Brown Media Archives and Peabody Awards Collection at the University of Georgia Libraries. These moving images - about 450 clips - cover a broad range of key civil rights events, including the desegregation of Central High School in Little Rock, Arkansas (1957); the Atlanta Temple bombing (1958); Atlanta sit-ins (1960); Freedom Rides (1961); desegregation of the University of Georgia and Georgia Tech (1961); the Albany Movement (1961-1962); desegregation of Ole Miss (1962) and University of Alabama (1963); and Americus Movement (1963, 1965); Birmingham demonstrations (1963); among many other topics.

CRDL is a partnership among librarians, technologists, archivists, educators, scholars, academic publishers, and public broadcasters. The initiative receives support through a National Leadership Grant for Libraries awarded to the University of Georgia by the Institute of Museum and Library Services. 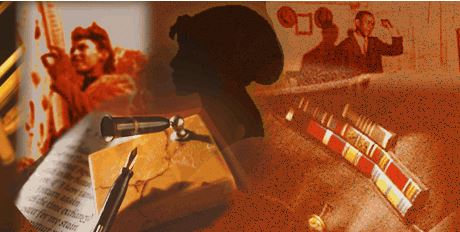 The database of African-American Poetry, 1760-1900, provides access to the full text of the works of nearly 3,000 poems by 54 African-American poets of the eighteenth and nineteenth centuries.

The database includes the poems of such well-known figures as Paul Laurence Dunbar and Phillis Wheatley and the verse of many lesser-known poets whose works may only be found in anthologies or private libraries. Most of the poets in the database were not acknowledged during their lifetimes, but only granted recognition posthumously.

Covering a wide range of topics from slavery and abolition to love and death, this collection provides a unique portrait of early America through the reflections of African-American poets during the 18th and 19th centuries. It contains a rich variety of poetic styles and types including elegies, odes, ditties, hymns, and sonnets.

Generally, the policy has been to use first editions whenever possible; later editions were selected if they were more inclusive. Where poems appeared in their original dialect in an earlier edition and standardized in a later edition, both forms have been included for comparison purposes. Poems originally published in periodicals have also been included. Textual apparatus and front matter to the poems are generally omitted, except the poet's own notes, which are included in the database.

The contents are based upon the bibliography of William French et al, Afro-American Poetry and Drama, 1760-1975: A Guide to Information Sources (Gale Research, 1979).

TheGateway to the Classics from Encyclopaedia Britannica provides an introduction to significant works of Western history, literature, philosophy, and science. Full-text of short stories, plays, essays, letters, and extracts are searchable and browseable by author or subject.

Humanities International Complete provides the full text of hundreds of journals, books, and other published sources from around the world pertaining to literary, scholarly, and creative thought. Produced by Whitston Publishing (an imprint of EBSCO Publishing), this database includes all data from Humanities International Index (over 2,000 titles and 2 million records) as well as the full text of more than 800 journals.

LION (Literature Online) is a full-text library of over 330,000 works of British and American poetry, drama and prose. In addition to literary texts, LION includes biographical sketches of major writers, selected author bibliographies, and critical and reference works.

Critical Insights is a comprehensive series that distills the best of both classic and current literary criticism of the world's most-studied literature. Each volume in the series focuses on an individual author's entire body of work or on a single work of literature. Edited and written by some of academe's most distinguished literary scholars, Critical Insights provides authoritative, indepth scholarship suitable for students and teachers alike.